How To Beet Everybody 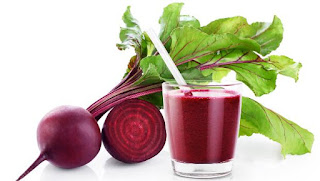 When I won my two races in Prince Rupert in 2016, I was heavily on the juice.

Beet Juice that is.

I'm a juicer. Add enough pineapple to any mixture of vegetables and it tastes delicious. Oranges, apples, carrots, kale, spinach, lemon, celery, berries are all among my go to juicing arsenal.

But I like to add beets particularly the closer it gets to race day.

Why? Beets are nature's endurance enhancer. They are a source of inorganic nitrates, which, when digested, turns into nitric oxide. This nitric oxide lowers systolic blood pressure and lowers the amount of oxygen your muscles need when exercising. In otherwords, you're able to exercise faster, harder and longer.

But don't take my word for it. Runners World has all the details.

Now a warning, and it's a fun one. Beets turn things red.

My first attempt with beets was at the Cannery race in 2015. I had a really strong race and was super happy with myself. Then I went to the washroom shortly after crossing the finishing line, and was shocked to see I was peeing red!!

I had had a bit of a side stitch and was kinda worried. Was I peeing blood? Did I have an internal injury? There was no cell service at the Cannery so I couldn't ask Google. I drove home kinda spooked!

Shortly after getting home I realized it was all good. Beeturia is an actual thing. Eat or drink enough beets, and it turns your pee red.

It also turns your poop red, which reminds me of a great story.

I'm telling my coworker about the benefits of beets. He's an aging hockey goalie, and he thought maybe it would help him. So he tried it. He came to me and quietly asked "ever since I started on the beets, my urine and poop are all red. Is this normal?" To which of course I said, "Dude, that's some fucked up shit, you better get to a doctor!"