I love hockey. I love running. And I love travelling. 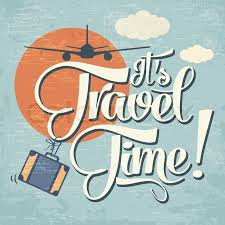 In March I'm off to the supposedly sunnier climes of Las Vegas (hey it snowed on the strip this week!), then off to Utah and Zion National Park (hey they shut down the park due to a snowstorm this week) and then down south to enjoy Lake Havasu, Arizona (their mountains became snowcapped this week! A true rarity).

It's going to a blast!

The first night we fly into Vegas, via Calgary. We're going to stay on Fremont Street for the first time, taking in the light shows and live music and just enjoying a rare late night. The next morning we will drive off to Utah, but first I will partake in my first ever Color Run. I was looking for a route to run in the morning before our easterly drive, and realized the streets are closed down because there is a 10,000 person Color Run going on five minutes from our hotel. Why not, I figured. It's an untimed 5k, and I'm going to stop and go, enjoying everything it has to offer while making my own GoPro film. Here's someone elses:

After the run is over we'll drive to two hours to Hurricane, Utah. Aside from trying to figure out why a small town in the middle of the continent is named Hurricane, my main goal here is hiking and exploring fun! Zion National Park is nearby, home of the craziest hike I'll ever do - Angel's Landing:


The other crazy hike I want to do is called The Narrows, where you walk UP a river!

That's a great video, but it's shot in the summer time. The water and air temperatures aren't much better than in Northern Canada right now. So we have neoprene canyoning boots and Goretex pants ready to go, and the water will be deeper. So deep that we might not get that far. But who cares! This is awesome and so are we!

We will leave Utah, go back through Nevada and California to get to Lake Havasu, Arizona, undoubtedly confusing my Garmin watch with all the time zone changes. The in-laws snowbird down there, in a mansion. A mansion on a golf course. A mansion with a pool the size of the public pool back home. Did I mention it's a mansion. I'm going to pretend I'm rich for a few days.

It is here that I will get lots of running in. The problem is, well, they live in a mansion. That means the house is on top of the highest hill around. So no matter where I go running, I always face a couple km of uphill to finish the run and get back home. Visions of that pool will undoubtedly help me up the hill.

Then back to reality, and, days later, I get to be race director of the second annual Skeena Valley Runners St. Patrick's Day 5km! Last year was such a blast, and this year is going to only be better!!
at February 22, 2019