The Time I Accidentally Ran In My Underwear 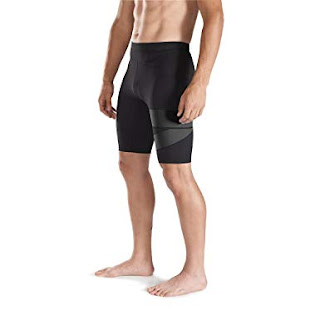 She buys me lots of running clothes because I run a lot. And because she really doesn't like the smell of my running clothes. Which is totally the wrong strategy on her behalf, because the more running clothes I have means the less times I have to do laundry. I can just pile it up in one big, gloriously smelly pile.

She likes to get the tight underwear, often black. And while she normally buys traditional running shorts, once she got me a pair of the tightest Lululemon compression running shorts. They are tight! It's her favorite purchase. I make them look good, but I don't wear them too often.

Another time she bought me a similar garment from Old Navy. Same color - black. Same length of leg - longer than most underwear. So in a hurry I grabbed these shorts from my bin of running clothes and headed out the door.

When I came back I don't know who was more surprised - me or her - when she told me I had just gone running in my underwear.